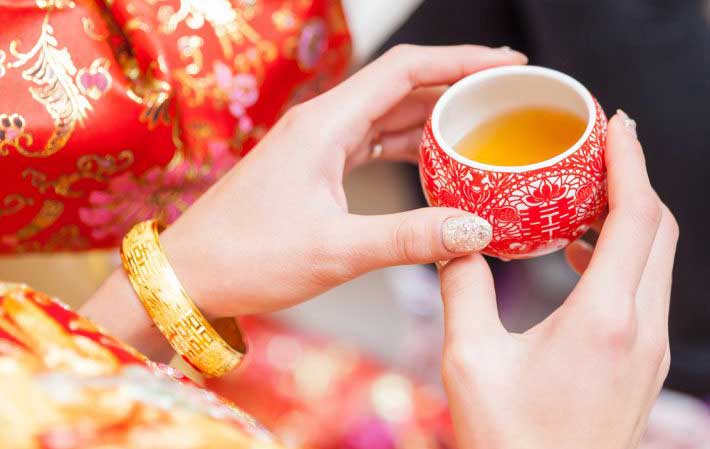 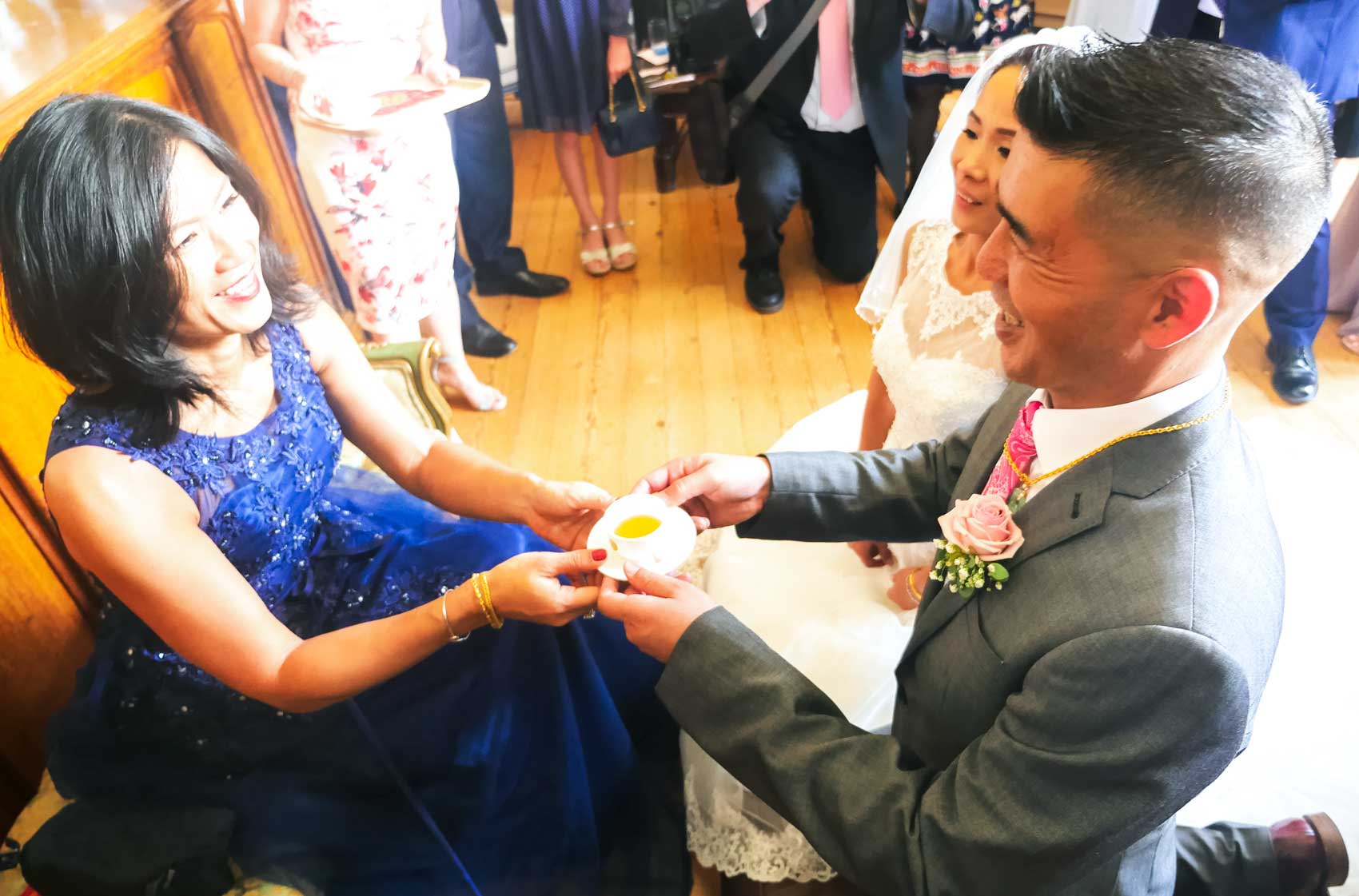 This most basic of phrases can be used to congratulate the couple or their families. Gōngxǐ literally means ‘respectful happiness’.

Tea plays a significant part in both engagements and weddings for Chinese people.

A tea tree cannot be transplanted; it only sprouts and grows from a seed. Thus, people took tea to symbolize loyalty, love, and the expectation of a happily married life.

Ever since the Song Dynasty (960-1279 AD), tea-giving has been an indispensable part of the marriage process. Even for needy families, tea has been an essential component of betrothal gifts.

Furthermore, since tea-drinking was prevalent during the Song Dynasty, tea was also necessary for entertaining guests on the wedding day.

Since the early 1990s, weddings have become modernized and now partly imitate Western practices. However, the tradition of tea ceremonies at Chinese weddings has remained, and is still highly valued today.

The tea ceremony is one of the most significant events at a Chinese wedding. It’s called jing cha in Chinese, literally meaning, ‘to respectfully offer tea’. It incorporates a very formal introduction of the bride and groom, and expresses respect to their families. Part of the brides dowry is The tea set for the wedding tea ceremony

How Chinese Wedding Tea Ceremonies Are Performed
Kneeling or Bowing to Serve Tea
Chinese WeddingChinese Wedding Decoration.
In the distant past, the young couple was required to kneel while serving tea as a sign of respect.

Nowadays, most modern families only require the couple to bow.

Who Tea Is Served To
Generally, the couple should serve their parent first, then their grandparents, and then other relatives. However, sometimes grandparents are served first, then parents.

In addition, the bride used to serve tea to all the close relatives on the groom’s side; but today this custom is rarely followed and only by more traditional families.

Today, many couples choose to show respect to both the bride’s and groom’s families by hosting a tea ceremony for both sides at the same time, instead of hosting two separate ceremonies as in the past. Most families nowadays will organize a common wedding banquet in a hotel or restaurant.

Both the bride and groom are expected to serve tea to both sets of parents. When they do, it’s an important moment, making the point when members of the two families become relatives.

After the couple serves tea to both sets of parents, the parents respond by presenting the new couple with red envelopes containing money and sometimes even gold jewelry. At the same time, many parents will also give the couple some advice and blessings, expressing their love and best wishes.